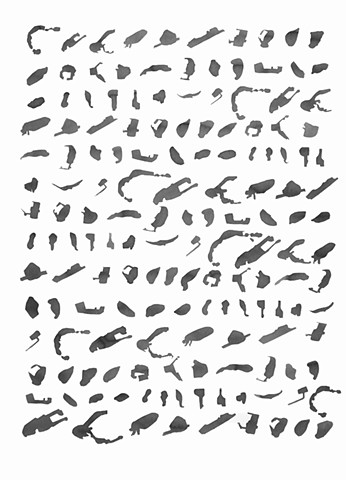 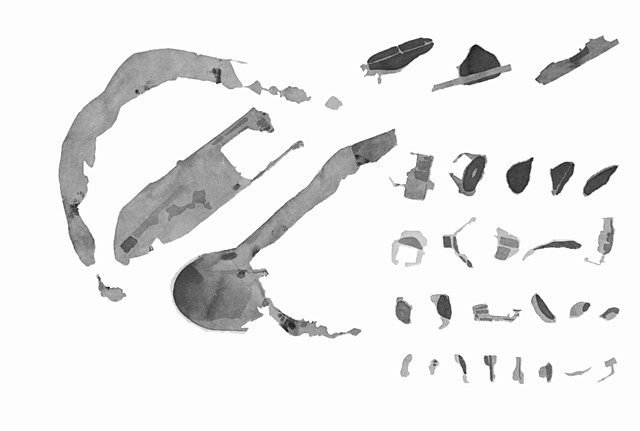 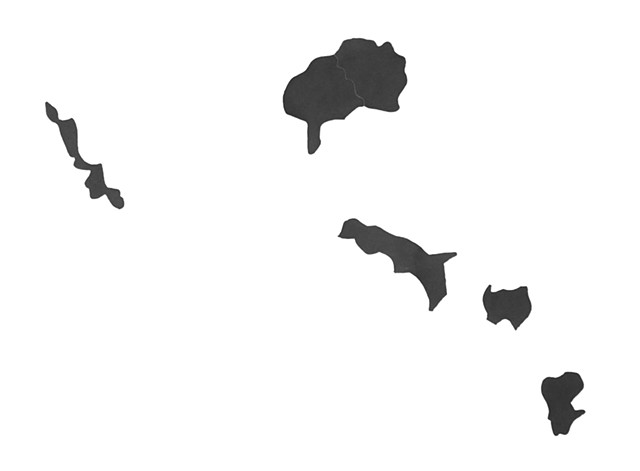 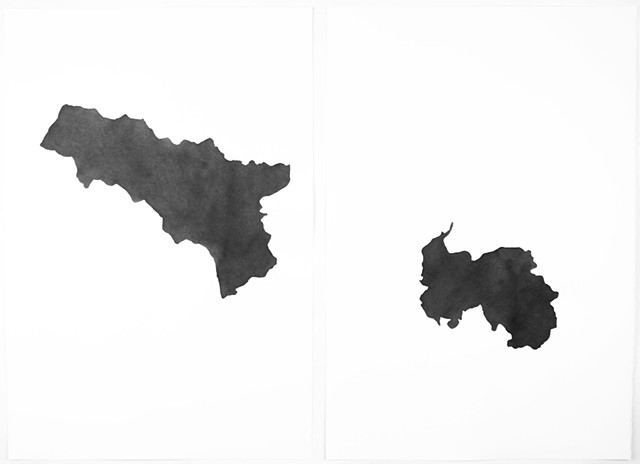 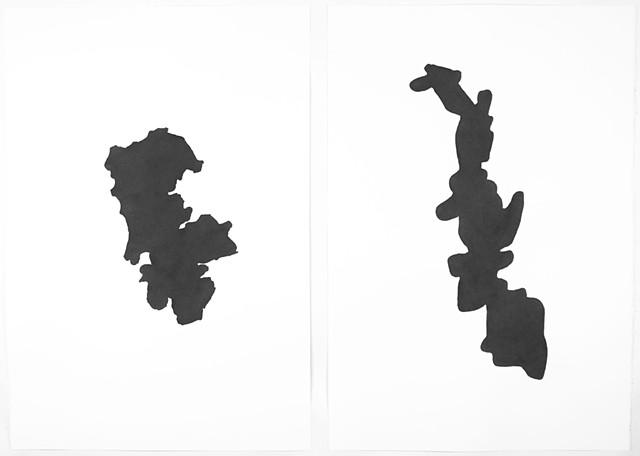 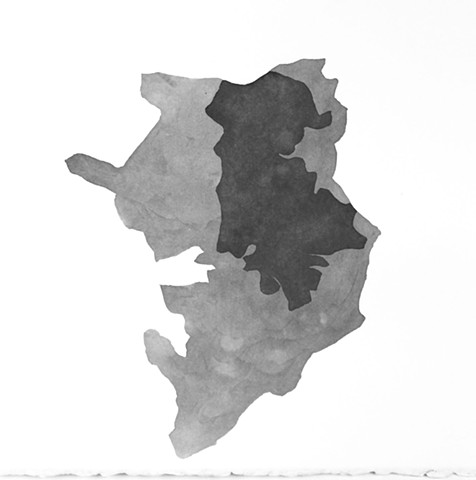 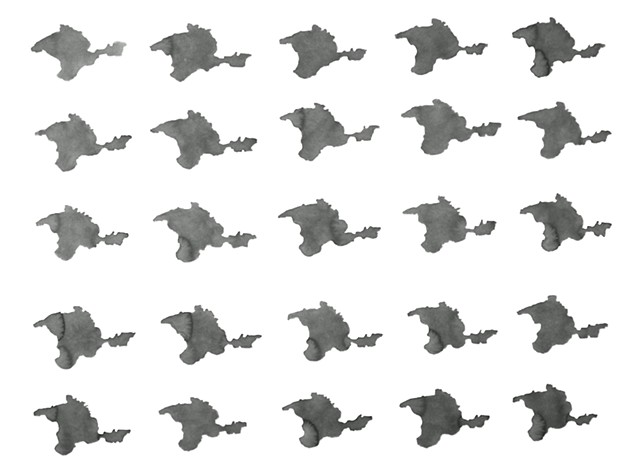 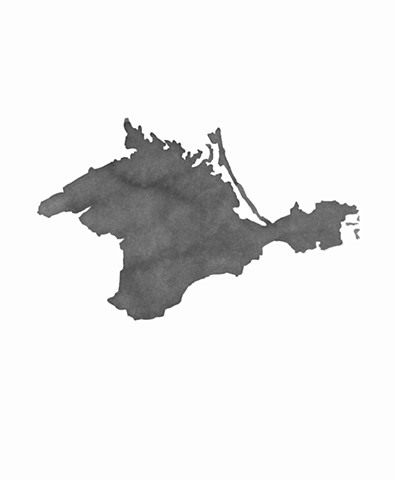 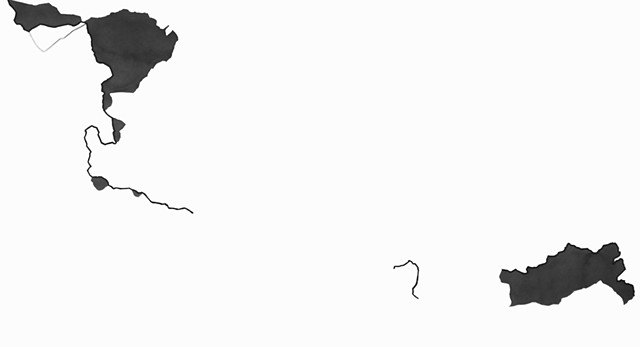 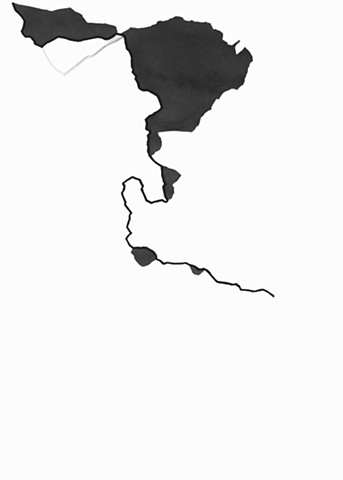 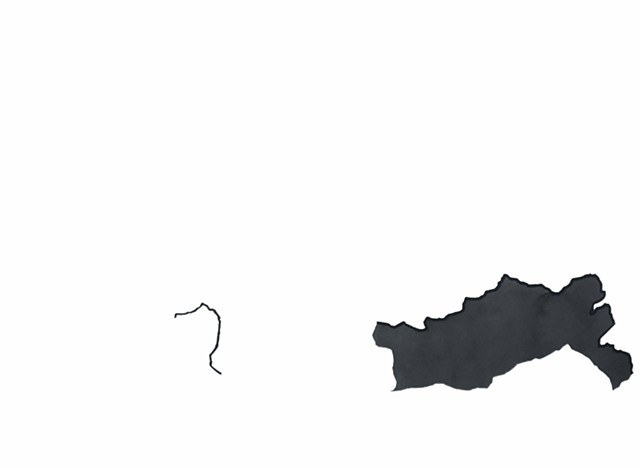 “Art cannot merely be the expression of a particularity (let it be ethnic or personal). Art is the impersonal production of a truth that is addressed to everyone.”

“An artistic truth is a preposition about the sensible in the world.”

As I assembled a list of all the conflicts in the world today, it became apparent that the majority of them are territorial disputes. Even if political shifts, religion, or migration, seem to be causing and driving war, conflict or tension, in the end, most conflicts are about who claims ownership of specific land or resources. Land: commonwealth, nation, sovereignty is an ongoing series concerning itself with global conflicts surrounding disputed borders and territories. This series aims to show the disputed territories apart from their geographical or political context—simply as patches, outlines or shapes. Using a fresh, immediate and unforgiving medium such as ink on paper, these lands and borders become simple stains, mere and honest descriptions. There are territories such as Crimea, which has been disputed, claimed and re-claimed for centuries, that when viewed as a simple outline on the stark white paper, resembles only a beautiful blot. The India-Nepal-China border has also seen over two decades of conflict with no resolution in sight; apart from the geo-political context, the outlines of these disputed lands and borders look like a child’s scribble. This series does not aim to add to the politicized, ideological or demagogic discourse surrounding global conflict, but rather to offer an unadorned look at the land, that subject of discord, and perhaps even a panoramic if cynical and a bit sarcastic view of the perpetuating conflicts and shifting borders of the world. Using the simplicity of the medium, and basic artifices such as repetition (of a shape), or heavy editing, I push the drawings (and the imagery) away from representation towards minimal abstraction; the land is no longer charged with importance; the conflict dissolves. In the end, the drawings, the lands, stand alone, apart from all narrative, apart from global tension and political wrangle; the land is just one small speck of dust, of material, of abstract substance.